Anne Leilehua Lanzilotti is a Kanaka Maoli musician dedicated to the music of our time. 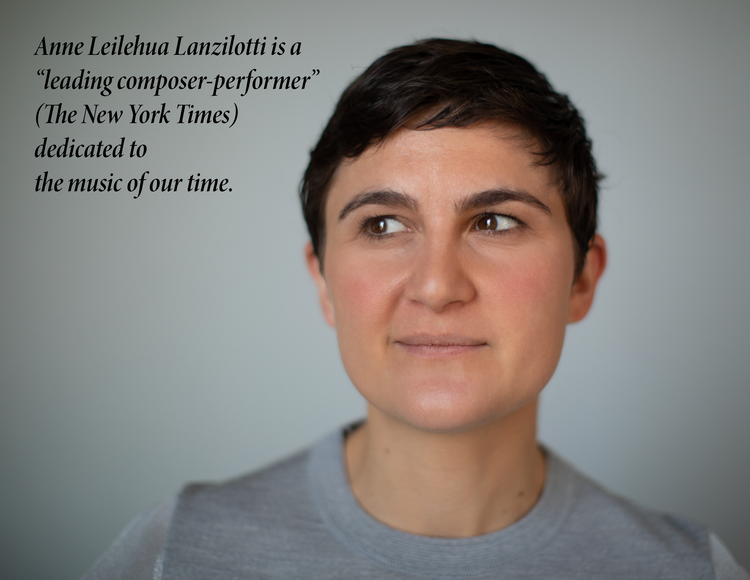 A “leading composer-performer” (The New York Times), Lanzilotti is the recipient of a 2020 Native Launchpad Artist Award. Her “conceptually potent” compositions often deal with unique instrument-objects, such as The Noguchi Museum commissions involving Noguchi’s sound sculptures. Lanzilotti has been featured internationally on the Dots+Loops series and Sound School series in Australia (The Substation), and a guest composer at Thailand International Composers Festival. Her current commissions include a new work for the [Switch~ Ensemble], the development and performance of which is supported by a project grant from the MAP Fund, and a new work for Roomful of Teeth supported in part by the National Science Foundation.

To reach new audiences and share contemporary music, Lanzilotti has published articles in Music & Literature and Neue Zeitschrift für Musik, and written program notes for the London Symphony Orchestra. Lanzilotti’s dissertation is an analysis of Andrew Norman’s The Companion Guide to Rome showing the influence of architecture and visual art on the work. As an extension of the research, she created Shaken Not Stuttered, a free online resource demonstrating extended techniques for strings. As a teaching artist, Lanzilotti has been on the faculty at New York University, University of Northern Colorado, Casalmaggiore International Music Festival, and Point CounterPoint Music Festival. Lanzilotti is a co-founder and Artistic Consultant for Kalikolehua — El Sistema Hawai‘i, a free orchestra program for underserved youth.

Dr. Lanzilotti studied at Oberlin Conservatory of Music, Yale School of Music, and Manhattan School of Music. In addition, Lanzilotti was an orchestral fellow in the Rundfunk-Sinfonieorchester Berlin and the New World Symphony. She participated in the Lucerne Festival Academy under Pierre Boulez, and was the original violist in the Lucerne Festival Alumni Ensemble. Her mentors include Hiroko Primrose, Peter Slowik, Jesse Levine, Martin Bresnick, Wilfried Strehle, Karen Ritscher, and Reiko Füting.