The Wash House Music Group record label strives to produce the highest quality music and continues to develop as a hit-making powerhouse.

Founded in 1996, the Wash House Music Group record label made a name for itself by producing music in the Bay Area in the late 90s and early 2000s. Influenced by the graffiti and hip hop culture of the 80s, founder and San Francisco native Jonas Teele joined forces with fellow Bay Area producers Swampkat, Champelli, Sweet Geez and Sean T to form a production team that would go on to produce albums for many Bay Area artists including the likes of San Quinn, Dubee, City Side, Vital and the late Andre Hicks, better known as Bay Area legend “Mac Dre.” The Wash House camp partnered with Mac Dre on numerous projects. One track in particular, entitled “Feelin Myself,” went on to win a Bay Area Rap Scene (BARS) Award for Song of the Year and has since become a Bay Area anthem.

Rap and hip hop were not the only genres that Wash House would be distinguished in. After Mac Dre’s unexpected death in 2004, Teele moved to Hawaii to be closer to his roots, family and friends, while slowly transitioning into the reggae scene. He would spend his time with close friend and musician George “Fiji” Veikoso, who was developing a young kid from Compton by the name of Jerry Afemata aka “J Boog.” While in Hawaii, Teele and friend/business partner, the late Brian “Uncle B” Foster, built a studio that would continue to house the development and collaboration of these musical masterminds. In 2008, the team was introduced to Gramps Morgan, keyboard player for Grammy Award winning reggae group Morgan Heritage. Over time, Gramps would become close friends with the Wash House family, bringing them to Jamaica to work with Morgan Heritage and other Jamaican reggae hit makers such as Richie Spice, Tarrus Riley, Buju Banton and Don Corleone. Together, they created a bond between Polynesians and Jamaicans through reggae music. Wash House released J Boog’s second album entitled Backyard Boogie in September 2011, debuting at #1 on the U.S. Billboard Reggae charts. By June 2014, Backyard Boogie had sat on the Billboard charts for a total of 64 weeks. Continuing to produce for J Boog and other artists, Wash House formed a production company, Green Stone Music, which would go on to release multiple projects leading up to the 2016 release of J Boog’s Grammy nominated EP Rose Petals, as well as his much anticipated third album entitled Wash House Ting. For the last 20 years, Wash House Music Group has strived to give listeners the highest quality of music, and will continue to develop as a hit-making powerhouse that lives up to an unmatched standard. #OnlyHitsAreMadeInTheWashHouse 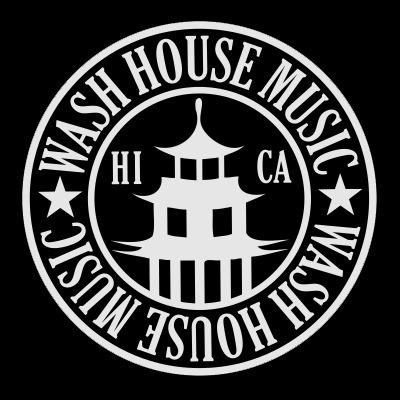